Terraformation concerns a fusion of several disparate themes. The first, and perhaps central, theme is that of terraforming. This is the hypothesized large-scale transformation of an inhospitable planetary body into one fit for Earth- like organic life. Popularized in science fiction, serious studies on the procedures for terraforming come from the gradually maturing scientific exploration programs on Earth’s moon, Mars, and Venus. These issues prompt reflection on humanity’s history of colonialism, abuse of resources, lack of environmental concern, and how these might manifest beyond our home planet.

At the same time, Terraformation is inspired by Philip Johnson’s sculptures and architecture at the Fort Worth Water Gardens in Fort Worth, Texas. This urban park contains several named “micro-environments”: Active Water Pool, Aerated Water Pool, Quiet Water Pool, Mountain, Central Square, Stage, and Events Plaza. The style of the Gardens is minimal and angular. They give an abstracted impression of a natural landmark such as a mountain or a river canyon, ignoring many realistic details in favor of sensory appeal.

The connection between terraforming and the Fort Worth Water Gardens is humanity’s attempt to fashion a world after its own design. This world has rough edges and missing details, no oceans and preciously little oxygen. Everything is synthetically derived. We bring our plants and animals, our histories and cultures. We also bring our diseases, our selfishness, and our unchecked ambitions. Terraformation is a creation story.

This piece uses a computer screen to display music notation that changes during the performance based on decisions made by both the musician and the computer. In this way, every performance is unique and unrepeatable.

Terraformation uses real-time notation and requires the performer to sight-read music as it is algorithmically generated during the performance. The goal of a performance of the piece, therefore, is not perfect adherence to the demands of the score, but a productive interaction between human and artificial intelligence. The performer should attempt to both read the music as accurately as possible and respond to it intuitively, which will in turn influence the computer’s musical decisions. The piece is “cartographically” composed meaning that the large-scale structure is mapped by the composer but the surface details are left to the computer and performer to determine. The violist drives the notation forward by briefly depressing a MIDI foot switch. Pressing and holding the foot switch down will cycle through alternate paths through the piece. The pacing and direction of the piece are thus determined by the performer. 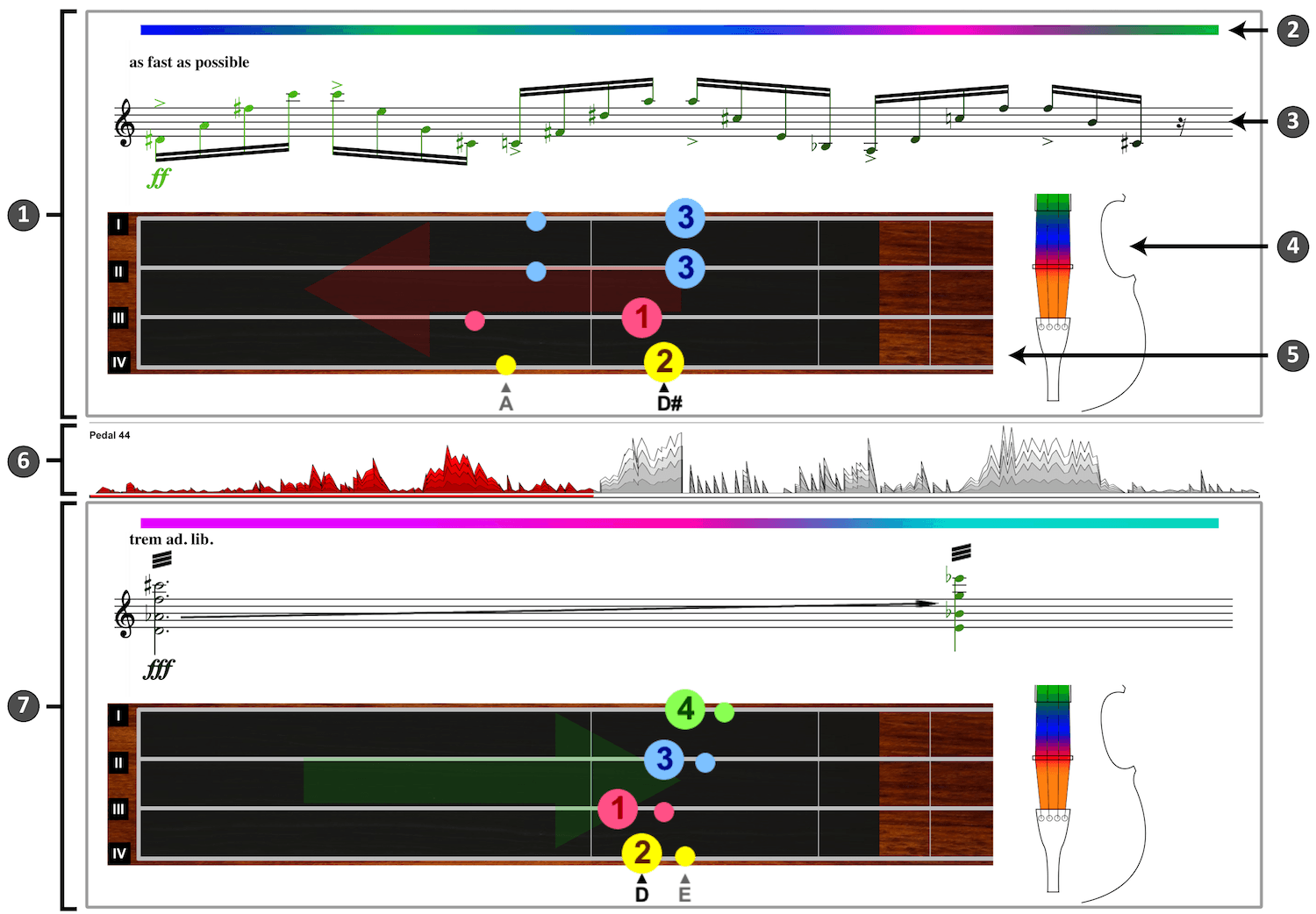 Below are several screenshots of the notation display software throughout the development of the piece. 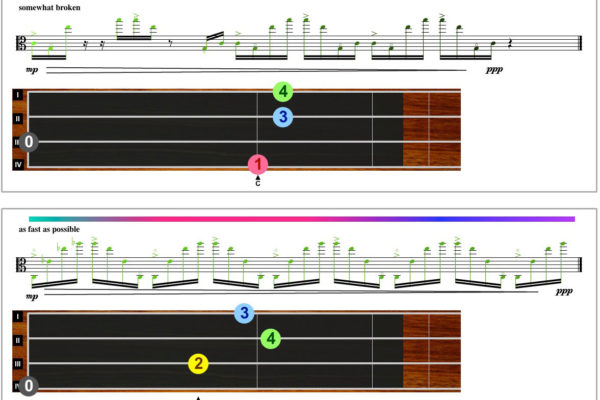 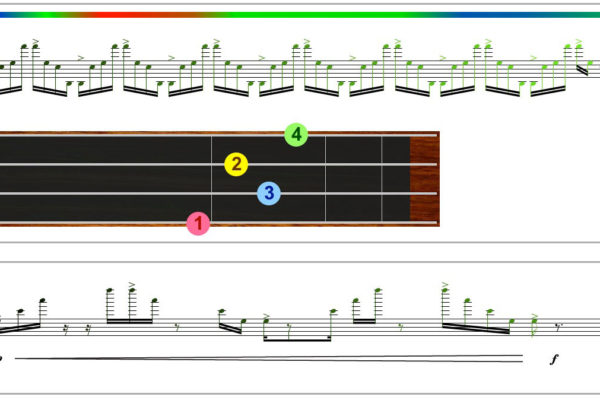 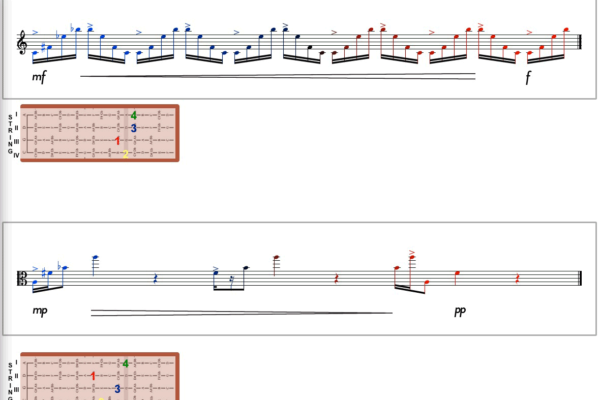 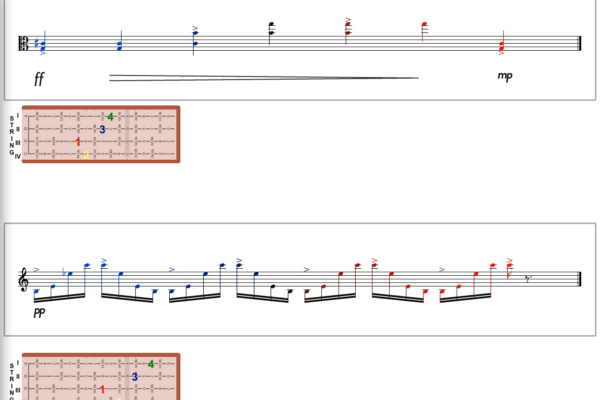 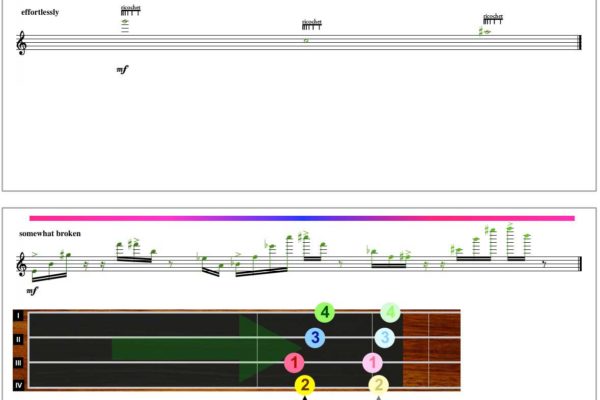 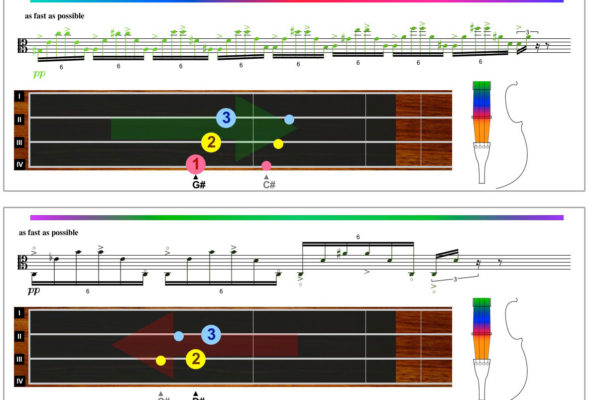 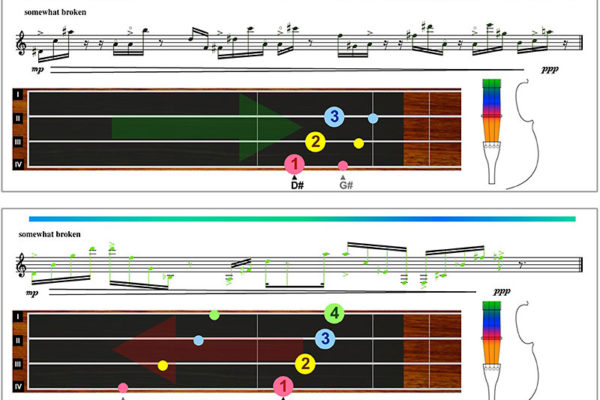 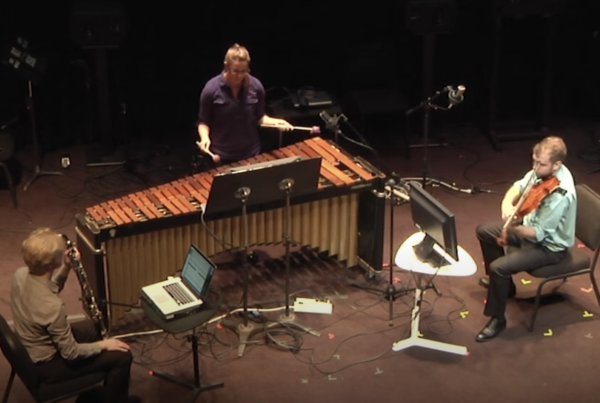 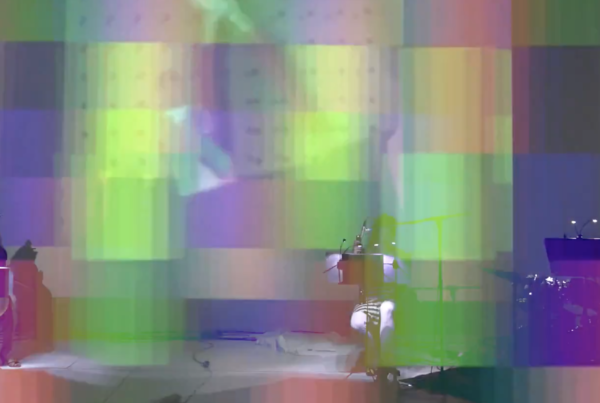 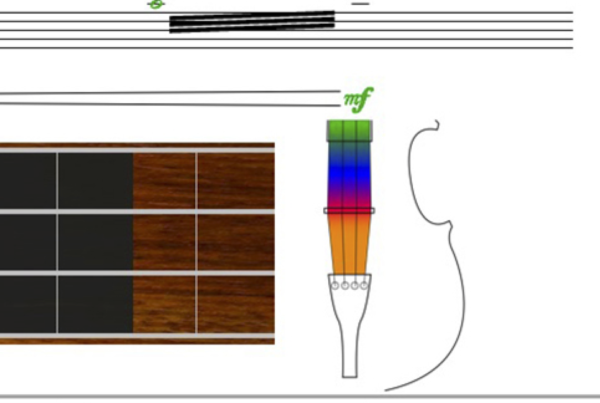 viola (or violin) and computer 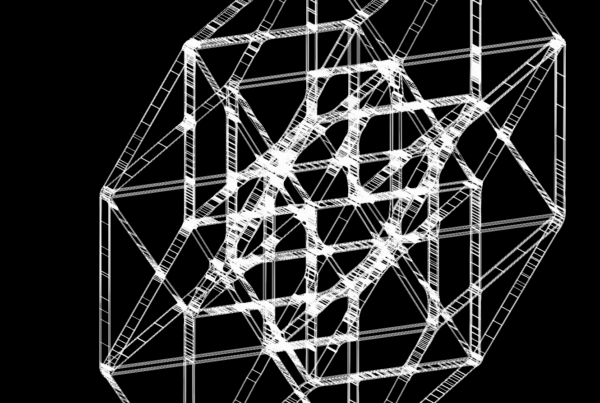